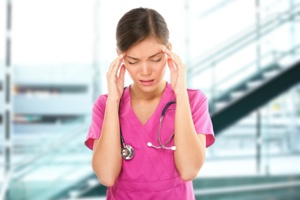 When the upper neck is misaligned it affects the way the brain is working. These brain changes can mimic a variety of different conditions.

Recently the Journal of Upper Cervical Chiropractic Research had a very interesting case study that discussed the impact of an upper neck misalignment on the brain.

After seeing a series of medical doctors, cardiologists and neurologists a 75-year-old woman finally found a neurologist who was familiar with upper cervical chiropractic. The neurologist determined that she had an upper cervical misalignment which he thought was causing an exacerbation of symptoms related to an old concussion.

According to the neurologist she had a history of concussion 10 years prior. Although her current episode was worse than ever before, the patient reported similar episodes in the past dating back to the concussion. The nature of the injury was a fall resulting in the impact of the back of her head with the floor. She was unable to talk immediately following the fall and was taken to the hospital. She reported receiving a CAT scan and MRI along with many neurological examinations over the next 3 months and then was released.

Her current symptoms were as follows:

Exhaustion or bending forward brought on her seizures. When the seizures occurred, she felt a hot sensation in her upper chest, lost the ability to speak, and developed a painful migraine of the common type (no aura).

To learn more about migraines, seizures, and walking problems, download our complimentary headache e-book by clicking the image below. 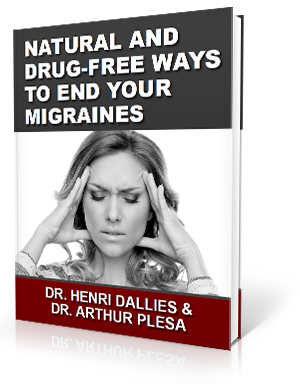 After a postural and x-ray evaluation, it was determined that her atlas was out of alignment. After her initial adjustment her walking had improved as well as her neck range of motion – specifically rotation, which had been severely decreased “for years.” The patient reported an increase in energy.

The patient’s care was continued. During each visit, she was checked to make sure the adjustment was holding through subjective evaluation, scanning palpation, and supine leg check. Further visits saw improvement in her walking including the ability to walk heel-to-toe. Her balance improved to where she could stand on one foot. She noticed a general improvement in her vision – specifically clarity, brightness, and color perception are her lazy eye diminished and then finally went away. Finally, it should be noted that she had not had a seizure with the accompanying migraine since beginning care.

The authors suggest a change in blood flow to the brain a likely cause of the patient symptoms.

Do you have strange neurological symptoms? Have you had a head or neck trauma or concussion? An upper cervical evaluation could be your answer.

To find an upper cervical specialist in your area go to www.upCspine.com or if you are in the Hendersonville North Carolina area simply click the button below.

To The Apple Valley Clinic of Chiropractic Family,

We wanted to reach out to you and let you know that we are taking extra precautions during this time. We want you to remember that your vest defense against COVID-19 is a STRONG IMMUNE SYSTEM!

-We will sanitize equipment between every patient.
-If you would like to wait in your car, please call and let us know and we will text or call you when it is your turn.
-If you are running a fever, have a new cough, or have traveled outside the US within the last 14 days, please call to reschedule.

Getting adjustments is one of the best ways to immediately boost your immune system! Others include: eating nutrient-dense foot, getting enough vitamin D, drinking lots of water, getting 7-8 hours of sleep per night, taking your probiotics, vitamin C, zinc, cod liver oil )for inflammation) and getting daily exercise. If you have any questions about staying healthy, please let us know.

If you don’t have an appointment yet for this week, call today to get set up!